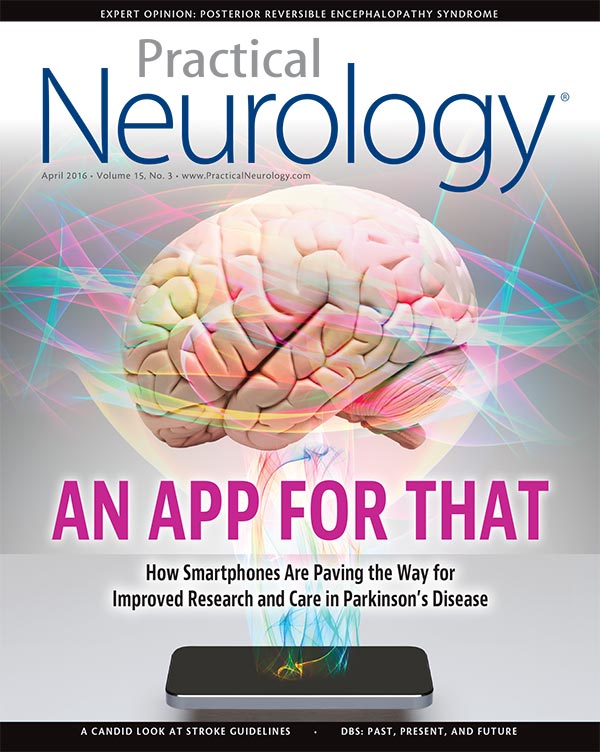 The ability to keep up with conversations can be a challenge for some patients with Parkinson’s disease, according to a newly published review. Investigators assessed 12 relevant studies involving 222 patients and found that cognitive problems with Parkinson’s disease can be as much an issue as speech clarity. The results showed that both cognitive status and physical speech problems are associated with everyday communication problems among people with Parkinson’s. However, the researchers noted that patients who had greater cognitive difficulties had more problems communicating. Patients with less clear speech also had difficulty communicating, but this had less of an impact on everyday communication, they observed.

A new technology could someday enable the use of stem cells in treating Parkinson’s disease and other neurological conditions. The technology involves converting adult tissue-derived stem cells into human neurons on 3-D “scaffolds,” or tiny islands, of fibers. A new report published in Nature Communications (March 17, 2016 online) details how investigators are injecting these scaffolds, which contain healthy beneficial neurons, into the brains of mice. The scaffold technology results in a 100-fold increase in cell survival over other methods, which may eventually help people suffering from neurological conditions, the researchers noted. Testing is currently underway in mice with Parkinson’s disease to see if they improve or recover. Eventually, with continued progress, the researchers believe this procedure could test this technology in humans.

Spousal relationships may have mitigating effects on patient outcomes of depression prevalence and pain interference in those with Parkinson’s disease, new findings indicate. To better understand the extent of comorbidities such as depression and pain, researchers evaluated potential differenced between single patients and married patients.

They found that the group of singles had the highest prevalence of depression, followed by the married group. Additionally, single patients had significantly greater pain interference scores than married patients, with no other significant case-control or control-control group differences.

Parkinson’s disease patients with excessive daytime sleepiness (EDS) may have increases in regional gray matter (GM) and axial diffusivity (AD), according to a new study. The changes could result from disinhibited signaling pathways or represent compensatory changes in response to anatomical or functional deficits elsewhere. Investigators examined GM volume via diffusion tensor imaging. Increased regional GM volume was found in the EDS group bilaterally in the hippocampus and parahippocampal gyri. Increased AD values were also shown in the PD-EDS group, in the left anterior thalamic radiation and the corticospinal tract and bilaterally in the superior corona radiata and the superior longitudinal fasciculus. Levodopa equivalent dose differed significantly between the groups and was the only predictor of EDS, they found, while the only predictor of the Epworth sleepiness scale score in the EDS group was the dopamine-agonist dose. Increased frequency of gamblers was also observed in the EDS group. The investigators concluded that the findings support the contribution of the total dopaminergic load in the development of EDS, while the dose of dopamine agonists was found to predict severity.

Neuronal substantia nigra pars reticulata (SNr) firing activity is relevant in dyskinesia and may be driven by subthalamic nucleus (STN) hyperactivity. In a new study, researchers assessed neuronal activity of the SNr and its relationship with levodopa-induced dyskinesia (LID) and STN hyperactivity together with oscillatory and synchronization between these nuclei and the cerebral cortex in 6-OHDA-lesioned and dyskinetic rats. Just 24 hours after the last injection of levodopa, the firing rate and the inhibitory response to an acute challenge of L-DOPA of SNr neurons from dyskinetic animals were increased with respect to those found in intact and 6-OHDA-lesioned rats. “Moreover, there was a significant correlation between the mean firing rate of SNr neurons and the severity of the abnormal movements,” they wrote. There was also a significant correlation between the firing activity of SNr and STN neurons recorded from dyskinetic rats. Also, low frequency band oscillatory activity and synchronization both within the SNr or STN and with the cerebral cortex were enhanced in 6-OHDA-lesioned animals and not or slightly affected by chronic treatment with levodopa. Updates on Levodopa from the Michael J. Fox Foundation

At last year’s AAN Meeting, Dr. Rachel Dolhun of the Michael J. Fox Foundation sat down to discuss the newest innovations in levodopa. Visit www.practicalneurology.com and click on the video section to watch the interview.

Intervention with subthalamic nucleus deep brain stimulation (STN-DBS) in early PD may reduce overall costs of treatment over time, new findings indicate. Collecting medication data from patients over a two year period and projecting them to advanced stage PD, researchers found that costs increased 72 percent in the group of patients receiving optimal drug therapy (ODT) alone and decreased 16 percent in the group of patients receiving DBS and ODT. The researchers translated this difference into a cumulative savings for the DBS plus ODT group of $7,150 over the study period, with cost savings over 10 years reaching $64,590. Additionally, they also found that DBS plus ODT patients were 80 percent less likely to require polypharmacy compared with ODT subjects at 24 months. While further study is needed, the researchers concluded that DBS may offer substantial long-term reduction in medication cost by allowing patients to maintain a simplified, low-dose medication regimen.

Posterior Reversible Encephalopathy Syndrome (PRES): A Case Report and Review of the Literature

SmartCare: How New Technologies Are Changing the Parkinson’s Spectrum

As the therapeutic landscape expands, an increasing range of options and a promising horizon will improve management of motor fluctuations for many patients with Parkinson’s disease.

Playing a critical role in Parkinson’s disease, LRRK2 offers a potential path toward better understanding and potentially treating the condition.

A Candid Look at Stroke Guidelines

Summary, significance, and the reasons why the SNIS published its own guidelines.