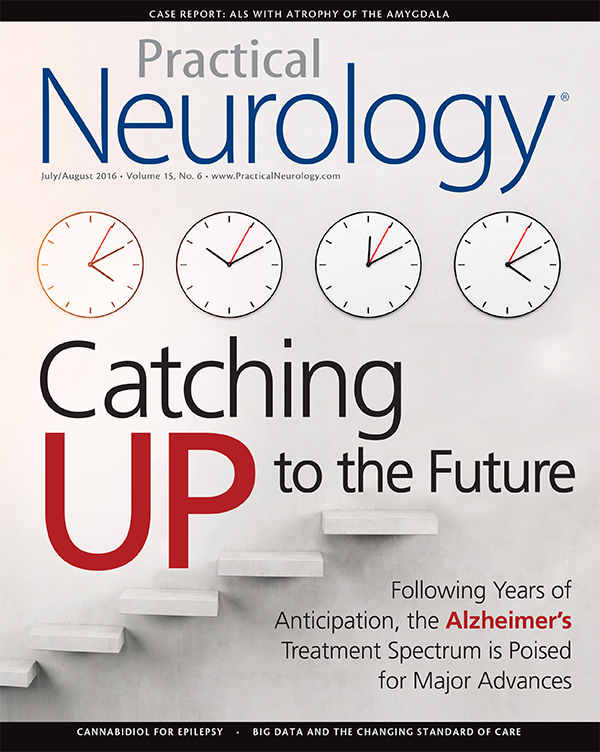 Four decades ago, very few physicians used the term “Alzheimer’s disease” with any regularity. At the time, the National Institutes of Health (NIH) was spending billions on heart disease and on the war on cancer, compared to less than $1 million on Alzheimer’s research. According to Dr. Howard Fillit, Founding Executive Director and Chief Science Officer of the Alzheimer’s Drug Discovery Foundation (ADDF, www.alzdiscovery.org), the reasons for this disparity are historical in nature. “The Lasker Foundation was funding cancer research in the 1920s; Insulin became available in the 1920s. Drugs for hypertension have been available since the 1930s. Cholesterol was discovered as a biomarker and became a surrogate for heart disease in the 1950s,” says Dr. Fillit. “We’re time-shifted by about 30 or 40 years in Alzheimer’s disease.”

Despite being time-shifted relative to other major diseases, Alzheimer’s disease research is quickly uncovering new directions in treatment and detection. In particular, a renewed focus on inflammation has fueled the development of drugs that target specific neuroinflammatory elements of the disease, while the emphasis on amyloid at the level of industry investment may soon produce a new class of agents with potential to offer benefit.

Since the 1970s, science has made significant progress regarding how the disease is understood and approached clinically, due to increased investments in basic neurobiological research that has changed the Alzheimer’s field dramatically, according to Dr. Fillit. “Today we understand much about the mechanisms of the disease, which has led to a more robust investment in research for therapies,” Dr. Fillit notes.

Ahead, Dr. Fillit reflects on both the history and current state of Alzheimer’s care and research.

What’s the role of the Alzheimer’s Drug Discovery Foundation in the changing spectrum of Alzheimer’s Research and Therapeutics?

The Alzheimer’s Drug Discovery Foundation is active in supporting research in various capacities, having provided funding to over 20 percent of clinical trials in Alzheimer’s disease in some way or another, according to Dr. Fillit. “Since 1998, we’ve seen over 3,500 new ideas for new drugs in AD. We’ve funded over 500 programs in 18 countries, as well as 85 technology companies that have drugs in discovery and development for AD.” He observes further that many programs associated with the ADDF have gone from preclinical discovery into the clinic. Recently, a cover story in the February 22/29 edition of Time magazine highlighted one such program that the foundation has supported.

Dr. Fillit observes that the ADDF’s wide reach is by design. “While much of Pharma’s investment in AD therapeutics has been directed toward beta amyloid, with tens of billions of dollars having gone into that, we have taken a different strategy and focused our mission based on the recognition that aging is the leading risk factor for AD.” According to Dr. Fillit, the goals of the foundation are to apply the principles and knowledge—from biologic gerontology to neurobiology—of the aging brain and AD in order to assess therapeutic targets, such as neuroprotection, neuroinflammation, vascular targets, neuronal energy failure, and epigenetics. “We use a biomedical venture philanthropy model to accelerate drug discovery based on a scientific strategy that’s broad and recognizes that aging is leading risk factor,” Dr. Fillit explains.

Another mission of the ADDF is to advance clinical trials in humans to accelerate discovery and development, which Dr. Fillit attributes to the underlying reality that AD is a uniquely human disease. “Right now we’re funding 21 repurposed drugs currently on the market for potential in AD,” he says. “These are experimental medicine protocols, phase 2a pilot studies to see if there is target engagement and to determine if we can find a biomarker effect that will justify larger studies that are powered well enough to look at cognition as a primary outcome.”

Can you discuss the aging process and any new insights that continued research has given regarding AD and aging?

For many years researchers have disregarded the notion that inflammation could play a role in AD, according to Dr. Fillit, but this is beginning to change. “About 15 to 20 years ago, the idea that inflammation was a highly characteristic feature of aging began to gain interest,” he explains. Dr. Fillit observes further that since then epidemiological evidence has been gathered regarding the use of non-steroidal anti-inflammatory drugs (NSAIDs) and the potential reduction in risk for AD, with many non-steroidal drugs and even prednisone having been explored. “A number of these anti-inflammatory agents have been tried and they’ve all failed, but I think we’re in a new era in trying to reduce inflammation in AD,” says Dr. Fillit. “We can dissect the role that inflammation plays in AD. Systemic inflammation affects the brain. There is also the unique aspects of microglial mediated neuroinflammation,” says Dr. Fillit. The ADDF is funding the development of drugs that address both aspects: Reducing systemic inflammation in AD and developing novel microglial agents that will both promote the removal of misfolded proteins from the brain while also modulating and managing the neurotoxic cytokines that are produced by microglia that can be very damaging to neurons, Dr. Fillit notes.

What is the significance of amyloid and why it has become such a major focus in Alzheimer’s treatment and research?

According to Dr. Fillit, amyloid plaques are an obvious target and represent a kind of low-hanging fruit. “The field has been enabled by PET amyloid scans, and now we have a biomarker that can show target engagement. We have monoclonal antibodies and beta secretase inhibitors that can reduce beta amyloid in spinal fluid or in the the brain on PET scans.” The rapid development of research and drug development related to amyloid has been significant, according to Dr. Fillit, and is continually being refined and allowing clinicians to learn more about Alzheimer’s disease. For example, the trials for Biogen’s investigational agent aducanumab were the first to use a PET amyloid scan to actually enroll people with amyloid in their brain. “100 percent of people who enrolled actually had AD with amyloid plaques in their brains. Prior to that, 35 percent of people who enrolled actually didn’t have amyloid in their brains and were being tested with an anti-amyloid agent,” he observes. “We’ve learned how to do clinical trials better.”

The Alzheimer’s Drug Discovery Foundation: At a Glance

Founded in 1998, the Alzheimer’s Drug Discovery Foundation has played a leading role in accelerating the discovery of drugs to prevent, treat, and cure Alzheimer’s disease. The ADDF funds breakthrough research in both academic and industry settings, with an emphasis on preclinical drug discovery and early-stage clinical trials of potential drug targets. Visit www.alzdiscovery.org for more information.

Whether the obvious potential of this clinical path will be borne out remains a question, but Dr. Fillit notes that recent clinical findings are encouraging. “Some of the new results from Biogen and Eli Lilly are fairly promising and there might be a fairly incremental effect on outcomes—cognition and maybe function—in people who are getting anti-amyloid agents.” Additionally, he says, oral BACE inhibitors available now as well as in the pipeline appear to address the same issue.

While there are seemingly innumerable ways of approaching drug development and clinical targets in Alzheimer’s disease, Dr. Fillit believes that the emphasis on amyloid may simply be a matter of pragmatism. “One clinical trial costs between $300 million and $400 million, and often you need two or three or four trials to get an answer, so it’s a very risky endeavor,” he explains. “A company needs to make a very important and risky decision and unfortunately it can’t make too many of those, which may account for why we’re playing out the amyloid hypothesis and we all hope it’s going to work.”

As the Alzheimer’s research and therapeutic platforms continue to evolve, what do you think is in store over the next five years? Should patients feel optimistic about treatments going forward?

“We’re not going to cure Alzheimer’s disease with a silver bullet just like we haven’t cured heart disease with a statin, but we will have incremental benefit from these drugs. Since amyloid scans can detect amyloid plaques in the brain and tau scans can detect tangles in the brain, we can identify individuals potentially 10 to 20 years before they can become symptomatic,” says Dr. Fillit, who also notes that these developments have enabled prevention trials going on now.

Dr. Fillit believes that the dramatic changes to the field are cause for hope. “We have good biomarkers, including neuroimaging such as MRI volumetrics, PET amyloid scans, glucose PET scans, DTI, ASL, and functional MRI (fMRI), and spinal fluid tests like beta-amyloid and tau, which enhances our ability to measure effects of drugs. We know a great deal more about how to do trials,” he says. Increased awareness has also contributed significantly to a brighter future for those with AD, notes Dr. Fillit. “We’ve already seen data that incidence is declining, through better public health and education, but prevalence will go up because the population is aging so rapidly.” Good lifestyle management and education will likely have a positive impact on prevention, just as they have done in other diseases. “I’m optimistic and pleased with the amount of attention from governments around the world, including the US that Alzheimer’s disease has received. With more knowledge and awareness as well as more funding going into the area and a lot of drugs heading into the pipeline, we’re going to have a very big impact on this disease in the next five or 10 years.” n