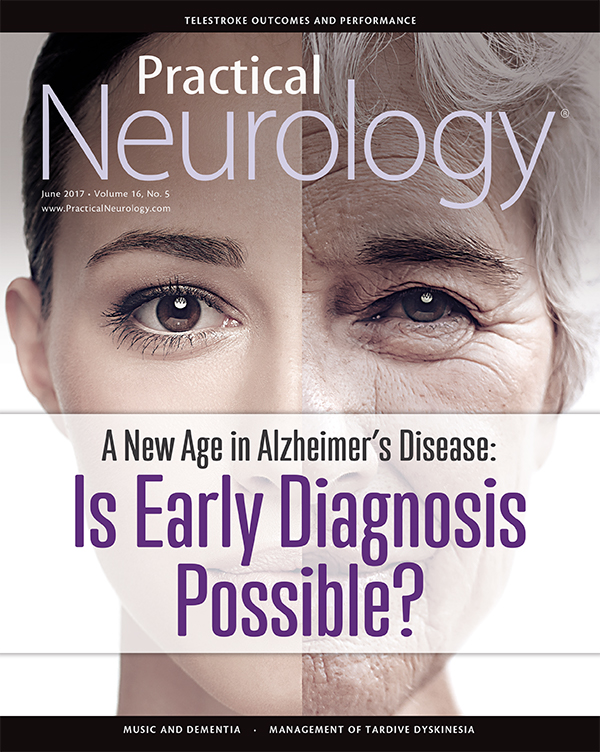 The percentage increase in death rates in patients with Alzheimer’s disease over a 15-year period (1999-2014), according to a new report from the Centers for Disease Control and Prevention (CDC). Of note, the percentage of individuals who died at home increased from 13.9 percent in 1999 to 24.9 percent in 2014. “Significant increases in Alzheimer’s deaths coupled with an increase in the number of persons with Alzheimer’s dying at home have likely added to the burden on family members or other unpaid caregivers,” the investigators wrote. “Caregivers might benefit from interventions such as education, respite care, and case management that can lessen the potential burden of caregiving and can improve the care received by persons with Alzheimer’s.”

Abnormal proteins found in Alzheimer’s disease, Parkinson’s disease, and Huntington’s disease share a similar ability to cause damage when they invade brain cells, according to recently published findings (Acta Neuropathol, May 19, 2017). Investigators monitored amyloid assemblies in α-synuclein, tau, and huntingtin Exon1 with pathologic polyglutamine repeats and found that they had a similar ability to induce intracellular vesicle rupture. While more research is needed, the authors noted that their findings could potentially explain the mechanism by which neurodegenerative diseases spread within the brain. The study was supported by grants from the Michael J. Fox Foundation, the Parkinson’s Disease Foundation, the Illinois chapter of the ARCS Foundation, and the Arthur J. Schmitt Foundation.

A majority of dementia caregivers (64 percent) feel isolated or alone in their situation, new findings from an Alzheimer’s Association survey show, and 84 percent would have liked more support with caregiving tasks, particularly from their family. The number one reason survey respondents gave for failing to help provide care for someone with Alzheimer’s or another form of dementia was feeling as though another family member had already taken on the responsibility.

Policy Perspective: What a $400 Million Boost to NIH Funding for Alzheimer’s Means for the Future

Strong advocacy efforts are needed to secure the funding needed to eventually develop disease modifying therapies, according to a public policy expert.

While funding for Alzheimer’s disease and dementia more broadly has nearly tripled over the last five to six years, Mr. Egge noted that the numbers fall short of where they need to be for necessary innovations to take place. “From the perspective of scientific opportunity, we could be doing so much more with the appropriate funding,” he said.

Mr. Egge is confident that the upward trend in funding will continue, thanks in part to two pieces of legislation that were signed into law that keep Alzheimer’s investments on track. The first is the National Alzheimer’s Project Act, which was signed into law in 2011. “The heart of the bill is that it required a national plan to be created and updated annually, and the first goal of the plan is to effectively treat and prevent Alzheimer’s by 2025,” said Mr. Egge. To reach that goal, the NIH articulated annually the milestones that need to be reached to remain on track to achieve that 2025 goal. “Every year, Congress can see what needs to be done next, whether we are funding that work, as well as the results of it.”

The other major law related to Alzheimer’s disease is the Alzheimer’s Accountability Act, which was signed into law in 2014. “This bill required that the director of the NIH release annually a professional judgment budget to Congress and the White House describing the funding needed to stay on track each year,” says Mr. Egge.

These two bills have been the triggering mechanism for increased investment in Alzheimer’s disease at the NIH, which Mr. Egge notes is critical toward keeping private industry engaged as they continue to invest in the development of therapies. “Private industry has invested billions in Alzheimer’s research and development with little financial return,” he noted. “Industry has had to develop potential interventions based on an incomplete understanding of the underlying mechanisms of Alzheimer’s disease and few well characterized therapeutic targets.” With continued increases in NIH funding, industry manufacturers will gain a stronger foundation for their own investments, according to Mr. Egge. “The fundamental engine of Alzheimer’s research at a foundational level is the federal government,” he explained.

But in order for Congress to pass legislation and approve further funding, they need to be aware of the need. That, according to Mr. Egge, is where advocacy plays an important role. Without the work of the many volunteers, patients, and physicians who have come to Washington, DC to urge members of Congress to take action, this recent swing in a positive direction might not have happened. “This spring roughly 1,300 Alzheimer’s Association advocates came to Capitol Hill to make their case, currently the largest number for any kind of patient advocacy event, which is an indication of where the American people are right now on the urgency of addressing Alzheimer’s,” said Mr. Egge.

To that end, neurologists can and should have a major voice in the process, particularly since requests for even more funding are at hand. “Members of Congress are ultimately driving these recent increases, and they want to hear from experts. They want to know what’s needed and what can be done,” said Mr. Egge. Expert perspective, therefore, can be significant in terms of care planning and what’s currently lacking therapeutically. That’s why Mr. Egge and the Alzheimer’s Association encourages any involvement from neurologists as part of the growing effort to increase funding and awareness for Alzheimer’s disease.

Music and Dementia: An Overview

Music appears to be a unique and powerful stimulus for reaffirming personal identity and social connectedness in individuals with dementia.

Telemedicine Outcomes and Performance: The Next Phase in Stroke Care

As telemedicine becomes more embedded in the stroke treatment landscape, new efforts to quantify outcomes and performance will help maximize its use.

By with Lawrence Wechsler, MD, a Q&A

Intervention and Prevention: The State of Care and Research in Alzheimer’s Disease

Several promising threads in research and policy are paving the way for much needed therapeutic interventions.